In 2014, I founded the MARTA Army, a non-profit empowering Metro Atlanta residents to improve the transit ridership experience in their own neighborhoods. Under my leadership, MARTA Army recruited over 400 volunteers throughout the Atlanta Region to adopt their neighborhood bus stops. We produced laminated signs with route and schedule information for volunteers to place at their adopted stops. This program prompted the State of Georgia to award a historic $3.8 million to improve bus stop signage throughout the region.

The MARTA Army also organized the first non-space specific crowd-funding program ever done in transportation. Although 20% of East Point, GA, residents uses the bus as their main mode of transport, only 5% of bus stops had trashcans, which caused a littering problem. In partnership with the City of East Point, the MARTA Army raised funding for trashcans at all 250 MARTA bus stops. Of those, 100 stops received sufficient donations to purchase trashcans (moneys donated to all other stops were reimbursed). The trashcans were installed and are serviced regularly by the City of East Point.

The MARTA Army is also a force of resilience in the Atlanta Region. In the wake of the I-85 bridge collapse last spring, 50 volunteers with neon vests were stationed at 10 stations across the network to help first-time transit users navigate the system. 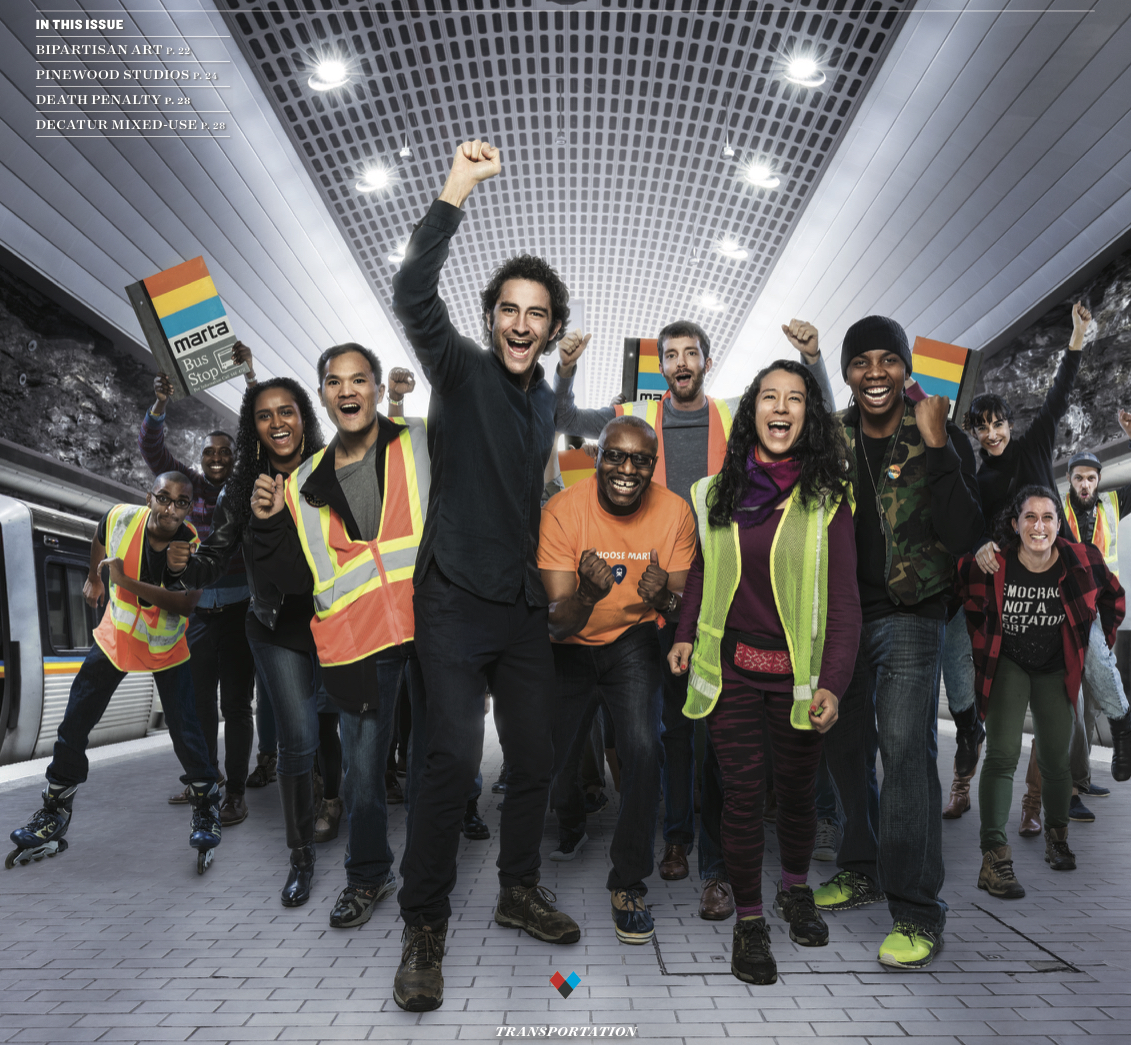